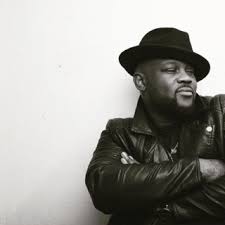 Following in his fathers footsteps Nate Rich went from being a rap artist to working behind the scenes as a songwriter and producer. Nate has previously sang lead and backing vocals for past members of the legendary soul group The Drifters. Bringing you a flavour of his own showcased in his first single ‘Show You How’ and reinforcing his style with the follow up soul chart busting groove ‘It’s On You’.

In addition to his latest project #Somethingsomething, Nate brings a concoction of Soul, Hip-Hop, Jazz and RnB; and within his soulfully sought out lyrics, an insight into his own life lessons and personal growth. A mixology of vocals, lyrics, grooves and musical influences that make Nate stand out. Provoking a familiar vibe for his listeners… you know when you’re hearing and feeling a Nate Rich song.