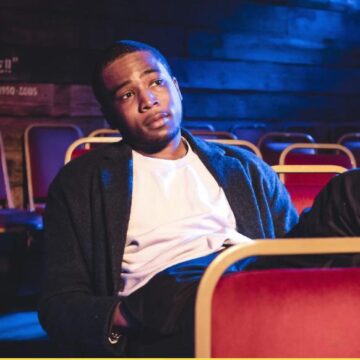 A fresh and unfiltered voice known for delivering sharp and beautifully executed content, Odewale is taking the comedy world by storm. His debut show #BlackBearsMatter won Best Show at both the 2019 Leicester and Hastings Comedy Festivals and achieved critical acclaim at the Edinburgh Fringe 2019, earning him a nomination for Best Newcomer in the Dave Edinburgh Comedy Awards.

As a writer, he has worked with Charlie Brooker on Attack of the Hollywood Cliches and Death to 2020, both for Netflix.