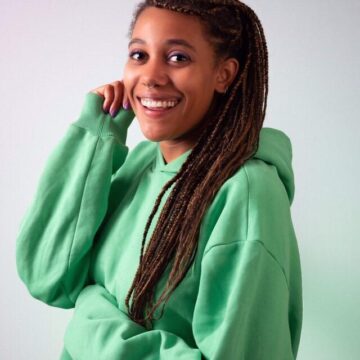 Kate Cheka is a British comedian formerly based in Berlin, but now permanently back on these shores. The creator and host of Berlin’s first femmes open mic – Shows B4 Bros – and a women of colour showcase – WOKE PANTIES and co-organiser of Weird Comedy DON’T @ Me. She opened for Sam Jay when she toured in Berlin and has performed in India, Sweden and Nepal – at Kathmandu’s first comedy festival.

In 2019 she was finalist at the Berlin New Stand-up Awards and competed in the BBC Introducing New Comedy Awards the same year. A 2021 Funny Women Awards semi-finalist Kate began comedy to spite someone who once said ‘I thought you were more fun.’

Kate’s arrinstival on the UK comedy scene has been met with great enthusiasm by audiences and promotors of all shapes and sizes.