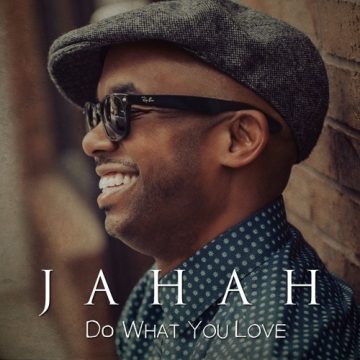 Jaye JAHAH Berry is a producer / emcee / singer / songwriter from the home of the brave – Atlanta Georgia. He has released three Independent albums: 2002 Ear for Music, 2004 Mamas Only Son, and 2007 The Melting Pot under the alias Jahah. Jahah began writing songs when he was just 15 years of age. Since then he has collaborated with Tha Bizness, Pink, Speech (Arrested Development), Big Rube, Choklate, Scar, Mistah Fab, Wale Parker, Cool Million and Dukes of Daville to name a few. In 2002, Jahah popped up on the Atlanta music scene with his first album Ear for Music. The album garnered him attention from Outkast now defunct label Stankonia. It was an honor to know the legendary Outkast and their executive at Stankonia wanted to sign me. I only wish something bigger would have come out of the whole situation. Since the brief set back with Stankonia, Jahah has been featured on four of Speech’s EMI Japan releases and released two critically acclaimed LP’s on the Japanese label Day-Track. After releasing The Melting Pot (Day-Track) in 2007, Jahah was able to tour Europe, South America, and South Africa. All the tours were great but being able to touch down in Africa was a dream come true.  I was greeted with WELCOME HOME the first day I was there. At that moment I felt like all my hard work had paid off. I was so thankful. Believe it or not, Jahah maintained a presence in corporate America as an IT Analyst for the Russell Corporation until 2009. In 2009 he decided that in order for his dreams to come true he needed to quit his day job and pursue his passion for music full time. I was very blessed with a job that allowed me to take leave and still come back to work after a month long tour. In 2009, I decided it was now or never. I gotta™ step out on faith and give this music thing all I’ve got. Since then I’ve been going all out. I’ve been able to tour South America extensively with my band AFAR! In the summer of 2008, Jahah began working with the production duo Tha Bizness who went on to produce Young Money, Every Girl, Young Jeezy and My President is Black. Tha Bizness gave me new life and inspiration. My life and career are in a different space now and I welcome change. I needed a fresh start and Tha Bizness helped me do that. Jahah has since signed on as a songwriter for Tha Bizness and has recorded a 70’s inspired album with the duo that will be released in the near future. He has also co-produced several tracks on Tha Bizness album and will be featured on 4 of the LP’s songs. Jahah is also co-producer of his new production company The Feel with Angie Stone’s touring bass player DeToxXx. The Feel has produced the bulk of Jahah’s forthcoming albums Nostalgia (RED) and The Paradigm. Jahah looks to collaborate with other artist(s) soon.

‘No validation’ released 2017 from the album ‘Do What You Love’.