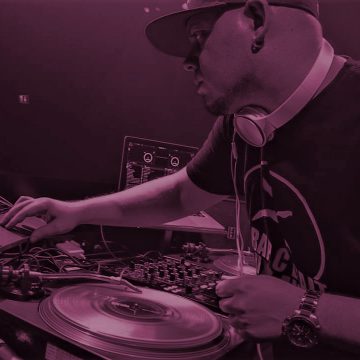 A die-hard R&B fanatic since the tender age of 11. A former R&B boyband frontman. And since 2001, DJ Soulchild has not only proven himself to be one of the most skilled, consistent and respected Urban Club DJ’s in Switzerland, but also as a globally renowned R&B specialist and trusted tastemaker. In 2016 the official website of legendary TV show SOUL TRAIN ranked DJ Soulchild amongst the Top 20 most influential forces in R&B in their „POWER 20“ list. Two years later, popular U.S. platform RNBSOULEFFECT awarded him as ‘BEST DJ 2018’.

Despite his reputation as “THE SWISS R&B KING”, his deep musical knowledge and versatility allow him to effortlessly adapt to any open format club setting by showcasing tasteful, energetic track selections, clean mixing and scratching skills and masterful crowd control. Not only does he often headline events at some of the best clubs in the country, but also across the world as far as UK, FRANCE, GERMANY, ITALY, GREECE, DENMARK, SWEDEN, FINLAND, BELGIUM and DUBAI.

Over the years he has also enjoyed additional success and gained notoriety as a producer through his popular R&B remixes, which have collectively racked up over 1.4 MILLION PLAYS on YouTube, SoundCloud and other audio platforms, received worldwide radio airplay and earned praise and cosigns from the likes of R&B legends CHARLIE WILSON, AVANT, KENI BURKE, LILO THOMAS, U.S. actor/comedian WAYNE BRADY and 2x Grammy Award winning producer KERRY „KRUCIAL“ BROTHERS. He has also had the honor of collaborating with MC LYTE, ERICK SERMON, KEITH MURRAY, SADAT X (Brand Nubian), JAZZ (Dru Hill), LISA BANTON, just to name a few.

With an illustrious and eventful career spanning almost two decades, DJ Soulchild has a lot to look back on, but no intention in slowing down anytime soon. Be on the look-out for many exciting new projects in 2020!